The best resource for Coronavirus Updates and Preparedness in Nevada County at  https://www.mynevadacounty.com/2924/Coronavirus. Click here to link to the Mayor's Message. 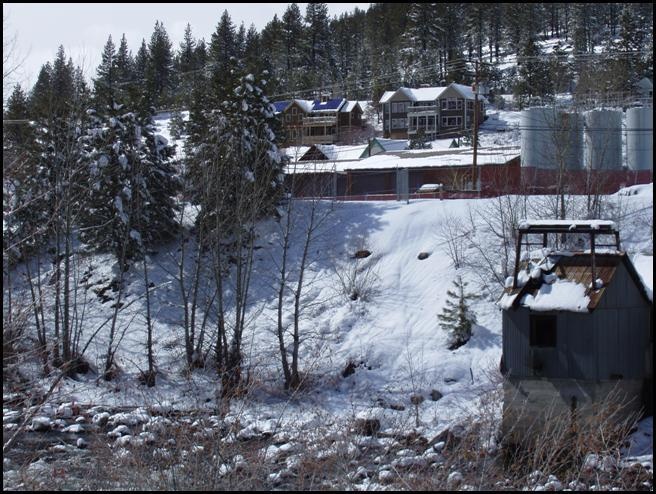 The West River Site development will be a public-private partnership between the Town and a selected development partner. The project will result in a mixed-use site with a public park supporting a commercial or civic development to create public, river-oriented activity along the downtown riverfront and provide public access to the scenic Truckee River.

In May, 2017 the Town issued a Request for Interest/ Qualifications to solicit a development partner for this project.  This solicitation is now closed.

The West River Site, commonly referred to as the “Old County Corp Yard,” is an infill site strategically situated on the north bank of the Truckee River, just one block south of the Historic Downtown Truckee commercial row. This 1.42 acre site, located at 10257 West River Street, is owned by the Town of Truckee.

Redevelopment of the West River Site is a Town Council priority, due to the opportunity to provide downtown public riverfront access. Several policy documents support this priority, including the General Plan, the Truckee Downtown Specific Plan, and The Downtown River Revitalization Strategy.

The West river Site was occupied by the Truckee Lumber Company from 1885-1901. The property then serviced as the Nevada County Department of Transportation and Sanitation maintenance yard from approximately 1964-1994.
The Town acquired the site from Nevada County in 2004 for future redevelopment. Since that time, several pre-development activities have been completed, including demolition of old County buildings on the site, environmental remediation of soils, a topographic site survey, and a geotechnical report. Additionally, Chevron Corporation has completed remediation for ground water contamination at the Site, believed to be caused by past petroleum releases on adjacent properties.

In 2010-2011 the Redevelopment Agency hosted a series of three public workshops to solicit the community’s vision and to investigate the appropriate mix of open space and development on the West River Site. The community vision that emerged was for a mixed-use site, on which a public park or plaza and commercial development will work together to activate the site and provide public access to and views of the Truckee River.

Community input was then utilized by the design team to prepare a West River Site Redevelopment Feasibility Study (Chapters 1-3, Chapters 4 & 5, and Chapter 6 & Appendices) . This Study presents two development alternatives, which provide for varying levels of commercial development within the site.

Following completion of the West River Site Redevelopment Feasibility Study, in 2011 the Town issued a Request for Interest/ Qualifications to solicit developer interest in this redevelopment opportunity. This solicitation did not result is selection of a qualified development partner, and the project was put on hold pending improvement in the economic climate.

In February 2017 the Town hosted a fourth public workshop to re-launch this project, including a  presentation re-introducing the two Development Alternatives from the Feasibility Study, and an opportunity for public input to help refine these alternatives.

For additional information regarding this project, please contact Hilary Hobbs, Management Analyst, at (530) 582-2914 or hhobbs@townoftruckee.com.

Free viewers are required for some of the attached documents.
They can be downloaded by clicking on the icons below.